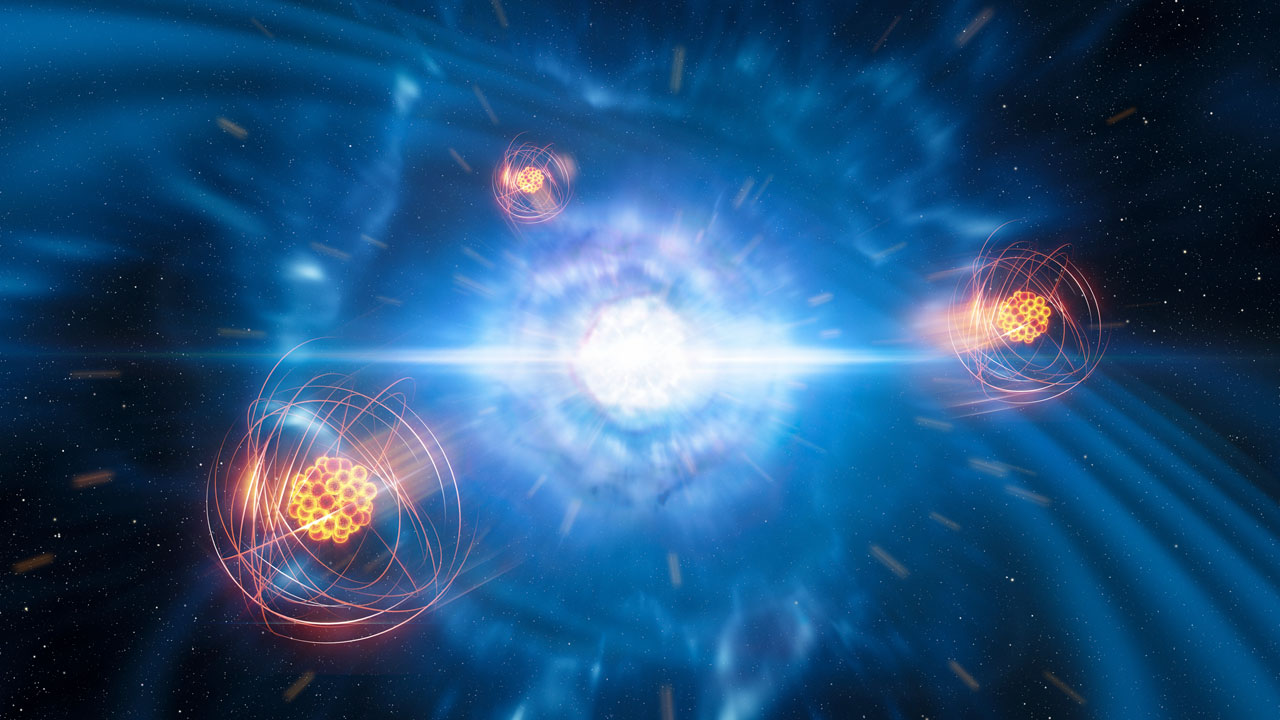 National Ignition Facility (NIF) in the Lawrence Livermore National Laboratory— Livermore, California — is carrying out some experiments to study nucleosynthesis with the help of biggest laser in the world. The laboratory is known for its 192 high-powered lasers which help researchers in creating star-like conditions for their further studies.

Nucleosynthesis is basically a process in which a heavier atomic nucleus is made with the fusion of lighter atoms. When one think about stellar nucleosynthesis, the process is about formation of a star with combination of neutrons and protons existed in lightweight nuclei elements.

The researchers amplify the energy of NIF laser beams in a building as lengthy as 3 football fields. The energy is later focused on tiny capsules which is filled with gas or ice and have about 18 micrometer thicker walls and having outer diameter of 3mm. To conduct further experiments, the capsule is moved to a chamber of diameter 10 meters. The capsule is placed at the center of the chamber. After fixing its accurate position, the capsule is bombarded with 192 laser beams. The implosion thus occurred leads to the creation of star-like conditions which are very dense and very hot by appearance. Currently, at the NIF, the researchers are studying about the interesting processes occurring within star-like conditions such as primary nucleosynthesis phenomenon as well as ionic 3He-3He reaction between helium ions. In this ionic reaction, Hydrogen is burnt into Helium which is responsible for generating half of the solar energy.

According to Dr. Maria Gatu Johnson—MIT, project head—the research focuses on examining the density and temperature conditions as compared to stars. Dr. Gatu Johnson was surprised by the presence of more higher-energy protons at lower temperatures instead of lower-energy protons. The results from these experiments are considered important as they will be a beneficial thread in studying solar processes in future.