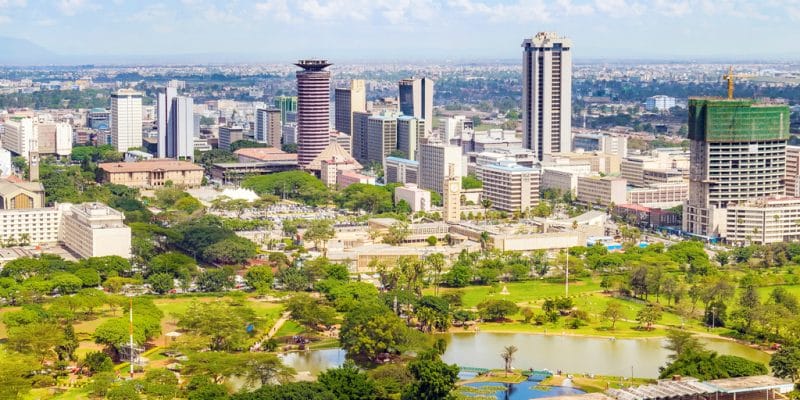 Several U.S. IT firms entered China in the early 2010s to serve the country’s enormous market and the world’s highest number of mobile-internet users. More and more countries are embarking on a rapid modernisation process as new technologies are unveiled almost daily. This rapid expansion is creating ever-expanding voids for businesses to fill, as well as near-infinite opportunities to succeed. In spite of the fact that there may be many opportunities, it is critical to select the proper market for your business and enter at the correct time for maximum success. Africa has a lot of promise in the education sector because of its young population and rising earnings, as well as technology developments and a growing demand for high-quality education.

GDP in Africa is predicted to climb by 3.5% in 2022, with Kenya and Nigeria leading the way. Kenya is also expected to lead the way. This general uptick in economic conditions has had an effect on educational attainment. There has been an increase in the number of African students enrolling in STEM-related study abroad programmes in the last year.

Higher education in Africa has seen an increase in demand, which is not surprising. Sub-Saharan Africa has the world’s youngest population, with 70% of the population under 30. As a result of this demographic shift and rising wages, a new generation of consumers is ready to invest in higher education and a better quality of life.

Competition from global corporations on the African market is still lacking despite continued economic expansion and opportunity. Barriers to entry include a lack of payment options, a lack of infrastructure, and high internet costs and reliability. The world’s largest digital giants, such as Google and the fintech industry, are, on the other hand, placing their bets on Africa and its impending digital transformation.

There is still a lot of reluctance among businesses to enter the African market, but it’s imperative that you get started as soon as possible. Culturally, it takes time to get to know a place and build a community that matters to the people who live there. Establishing yourself in a low-competition market and then rapidly expanding into a more competitive one is a business strategy that pays off over time. Even though it takes time, money, and energy to be one of the first to introduce your brand on a new continent, it is crucial to have a growth mindset and see it as an investment into future potential.

a more diverse and more prosperous population, and rising salaries

Another key issue is the rise in wages. However, when looking at nominal salaries, the study found that the rate of pay growth in Africa is the fastest of any other region. This may be due to a variety of factors. Increases in wages are common in countries like Ghana, one of the world’s most prosperous economic regions. Ghana, which has a nominal wage growth rate of 14%, is second only to Turkey, which has a rate of 20%. New minimum wage laws in South Africa and other countries have also been implemented in an effort to better protect vulnerable workers.

The internet and payment sectors, in particular, are thriving in Africa. Investors are drawn to the rise in smartphone ownership and the decline in internet access as a result of the mobile revolution. Nigeria, Kenya, and South Africa all have thriving startup communities. Only in South Africa do 90% of people own smartphones, and 21% of those people use mobile banking. However, just 26 percent of Sub-Saharan Africa’s population has access to mobile broadband.

Throughout Sub-Saharan Africa, the use of mobile money has increased at an annual rate of 39%. As many as 66% of adults don’t have access to a regular bank account, but now they may send, save, and borrow money via mobile cash. African fintech investment hit $1.35 billion in the first half of this year, leading the continent’s market.

Opportunities for edtech firms arise because of the growing need for high-quality instruction.

African students are increasingly placing a premium on quality education, resulting in a growing demand-supply gap. This year, there has been an increase in the number of grants and scholarships expressly for the continent’s female population, but it still falls well short of the increased demand for higher education from a growing population. Even though Africa has 720 million people under the age of 25, only 740 of the continent’s most populous countries are home to universities. Every country in Africa has a big responsibility to educate its children, and many governments have a major struggle in achieving this goal.

African students are returning home after studying abroad, reversing a decades-long “brain drain” caused by political instability and better job circumstances in the West. Even in China, about 80 percent of graduates return to their native country, according to the Ministry of Education. Students are enticed back to their hometowns by a booming economy, a rise in the status of local businesses, and a strong sense of community. A strong and pervasive sense of giving back to the community is also present. As a result of this trajectory, most African students choose universal and applicable degrees, such as engineering and IT, that have value in their communities. Studies by Studyfree reveal that fashion and art are popular among African students as well.

However, like with any new market, launching a business on the African continent today comes with its own unique set of dangers and hurdles. Entrepreneurs who want to start a business in an unstable or even hostile political environment face severe risks due to the corruption that exists. However, even if most people speak English or French, a complete absence of local language and relationships might cause problems when it comes to administration and the law. In addition, there is a lack of trust and loyalty in African businesses. While it may take some time and effort, it is possible to achieve your goals with the proper approach and the right timing. It is critical to grasp the local mindset, practise openness, and cultivate customer loyalty in order to achieve long-term success. Long-term prospects in Africa are more promising and accessible than in more industrialised countries if investors understand, anticipate, and cooperate with the rapidly expanding African context and marketplace.